Dr. Joseph Acierno is the Owner of Acierno Family Chiropractic & Rehabilitation Center.  After sustaining many athletic injuries, compounded by spinal injuries from a motor vehicle accident, Dr. Joe received chiropractic care.  He was so impressed by the non-invasive approach to resolving pain that he switched his educational path from pre-med to chiropractic. Dr. Joe received his undergraduate credentials at the University of Pittsburgh and Point Park College then received his Doctorate of Chiropractic in 1996 at the prestigious Palmer College of Chiropractic in Davenport, IA.

Among some of his awards, Dr. Joe is proud to be named to the Deans List eight of the ten trimesters at Palmer and to be named to the Presidential List for Academic Excellence.  Since graduating, he has been in private practice in the Greater Pittsburgh area and continues to further his education by keeping up with current issues.

Dr. Joe found a love for sports injury rehabilitation and pediatric chiropractic.  To this day, he has treated athletes of all ages from elementary school through the professional levels.  He takes great pride in the fact that the patients he treats often entrust him with the health and well being of their family members and friends, which often include infants and toddlers and sometimes even the family pet.  He enjoys the role of “community doctor” not just community chiropractor.

Since his children were very active in the LaRoche College, Penn State and North Allegheny athletic community, Dr. Joe has had the privilege of treating and rehabilitating many of the injured athletes ranging from football, soccer, tennis, track and water polo just to name a few.  Aside from LaRoche College and North Allegheny he also treats athletes from Shaler, North Hills, Pine Richland, Central Catholic and Seneca Valley school districts as well as many collegiate and professional athletes.

Dr. Joe has become the first line of defense for these injured athletes and a leader in the field of injury rehabilitation. He feels through chiropractic along with his rehabilitation techniques, athletes can recover faster and stronger and have a lessened chance of re-occurrence. The proof is in the performance!!

Education and continual learning has always been important to Dr. Joe.  Apart from his Doctorate in Chiropractic, Dr. Joe also holds a Master's Degree in Higher Education, and is currently a candidate for a PhD. of Higher Education. Aside from practicing, Dr. Acierno has also done extensive research, been published and also teaches sciences (Anatomy, Microbiology, Infectious Diseases and Biology) at the university level. 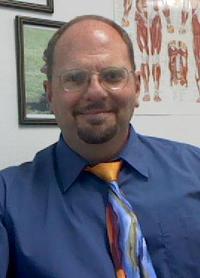